Magically. So easy in the eyes of those who enjoy it, a city becomes the cradle of illusion. The XVI León Vive la Magía International Festival begins to prepare itself to flood, from December 25 to 31, the Leonese capital, with trick and mystery. This has been presented in the city of León on Monday, October 21 before personalities such as Raúl Fernández Sobrino, Deputy Minister of Culture of the Junta de Castilla y León; José Antonio Díez Díaz, Mayor of León; Nicanor Sen Velez, Vice President of the León Provincial and Tourism Deputy; Juan Mayoral, promoter and director of the León Vive la Magia Festival and Huang Zheng, world magic champion and director of the Festival’s set design. The most magical Christmas will bring together the best magicians in the world who will enjoy locals and visitors of unique shows worldwide for a week. The show is already prepared in León.

«Nothing around here, nothing over there” and suddenly, everything, from December 25 to 31, 2019. León becomes the cradle of magic. The capital of Leon will be dressed in illusion, in hats and mysteries, in wands, playing cards and handkerchiefs in the XVI León Vive la Magia International Festival. A family city event that is born in this city of kings and that extends, from here to the rest of the province with extensions throughout the community. With more than 500 shows it becomes the largest Magic Festival in Europe. Unique shows worldwide carried out by almost a hundred artists will turn this Christmas week into an event that boasts a culture without borders.

The Live the Magic of León International Festival has presented all the news of this new edition in the capital of Leon, giving birth to an event that will turn the city and province into a parade of surprises. Among the attendees at the presentation, the presence of Raúl Fernández Sobrino, Vice Minister of Culture of the Junta de Castilla y León, is a life that during his speech has ensured that “culture and heritage is what we should build our future” .

For his part, the Mayor of León, José Antonio Díez Díaz has placed special emphasis on the fact that the city “is full of magic, wherever you look at it, it is a corner of history and makes León an insurmountable setting for an event of this type». He also pointed out that «the commitment that has been made for 16 years to consolidate this event has made it part of our cultural calendar, the idiosyncrasy of the city and the feeling of the Leonenses.»

Nicanor Sen Velez, Vice President of the Diputación de León and Tourism Deputy, highlighted “the importance of being able to transfer the Festival experience to the rural world” because “they are the basis of this province and that everyone can enjoy a show of this importance and category is an excellent final climax for the end of the year ”.

To end the event, Juan Mayoral, promoter and director of the León Vive la Magia Festival has commented on the importance of “turning 16 and the responsibility of doing it well. Every year we have a new audience because when we started in 2004 many of those who come to see us today were not born. ”

The Festival will be structured in nine programming blocks designed for adults and children, tourists and locals:

International magic gala. Located in the Teatro Auditorio Ciudad de León, it is a world-class show that will be presented by the Spanish Mag Lari. The best magicians in the world in their specialty and genre such as Huang Wen Yu (China), Elastic & Francesca (Belgium), Ta Na Manga (Portugal) or Marko Karvo (Finland) will meet to present their creations and leave the public with the open mouth.

Unipersonal Show. In the Teatro Auditorio Ciudad de León Mag Lari presents ‘Dolce Vita’, a unique show with Italian aromas whose hour and a half is ideal for the whole family to enjoy.

The magic route. A suggestive and unique walk through a selection of the most emblematic spaces of the city. Places like Botines Square, the Palace of
Count Luna, the San Francisco theater and the Vías Space will house, among its historic walls, a piece of the choicest magic. In addition, in the hall of the Kings of the City of San Marcelo there will be a show designed for the most demanding public of the International Festival, the smallest of the house.

Magic in the street. The magic of action takes place in the most emblematic streets and squares of the city, the most direct that seduces the viewer to surprise him anywhere. This year, the streets of León Cristian Miró, Francis Zafrilla, Mago Toño, Jaque, Lola Mento, Miguel de Lucas, Óscar Malastruc, Sarapín, Tony Montana and Vicente Lucca are launched.

Social magic. The most supportive magic comes from the hand of the illusion magicians, the wizards Andrély, Alaz, Cess and Fabio will visit Hospitals, Nursing Homes and other groups such as the Mariano Andrés Civic Center, the Crucero Civic Center or the León Alzheimer Center between others.

Spaces with magic. Pairing a delicatessen dinner, a meal or a cocktail with lounge magic, close-up or cabaret magic is possible thanks to this initiative that turns meals and evenings into a unique event. Take a magical Vermouth at the Ferecor El Bar –which premieres participation in the Festival-, a meal that bewitches the palate and mint in the restaurants Ezequiel, Bodega Regia or Collegiate Church of San Isidoro, make a fantastic snack at Café Copas El Traga or end the night at the Hotel Conde Luna with its dinner with show are the options that offer the perfect combination of gastronomy and magic.

León, magical province. Thousands of spectators will enjoy the program of the festival that reaches more than 40 locations in the Leonese geography, fulfilling the objective of bringing culture to rural areas by performing 103 dream performances from east to west.

School of magicians. A magician is born, but it is also made. At this school, attendees learn, through workshops, incredible magic games with which to have fun and entertain. On December 26, 27, 28 and 29 of the hand of Fantasy and Wild Card and the Fabio Magician will spend an unforgettable day.
Castilla y León Live the Magic. Festival extensions. The star shows of the festival run through different capitals of the community such as Ávila, Palencia, Valladolid, Salamanca, Segovia, Burgos, Zamora or Soria.

Among the novelties of this year, a new pass from the International Gala, on the 28th at 12:00; the igloo with capacity for 150 people to be installed in the Plaza de Botines and sponsored by Bodegas Gordoncello and the City Council of Gordoncillo and the incorporation of Ponferrada as a magical province. In addition, 18 locations have requested a free bus to attend the Festival.

It is a world-class show that brings together the best magicians in the world in their specialty and genre. Juan Mayoral and Huang Zheng – artistic directors – will make a careful selection of the best artists forming a unique and authentic show that combines music, humor, lighting and, of course, the illusion of height in a true magical show of two hours .

Tickets can be purchased from October 21 on the website marcaentradas.com. The assistance to the galas will have a price of 19 euros in Amphitheater and 23 euros in Platea. While the Magic Route ranges between 3 and 5 euros, depending on the spaces that are visited. The Magic Dinners at the Hotel Conde Luna, on December 27 and 28, will be priced at 50 euros for adults and 25 euros for children. The rest of the shows are free. 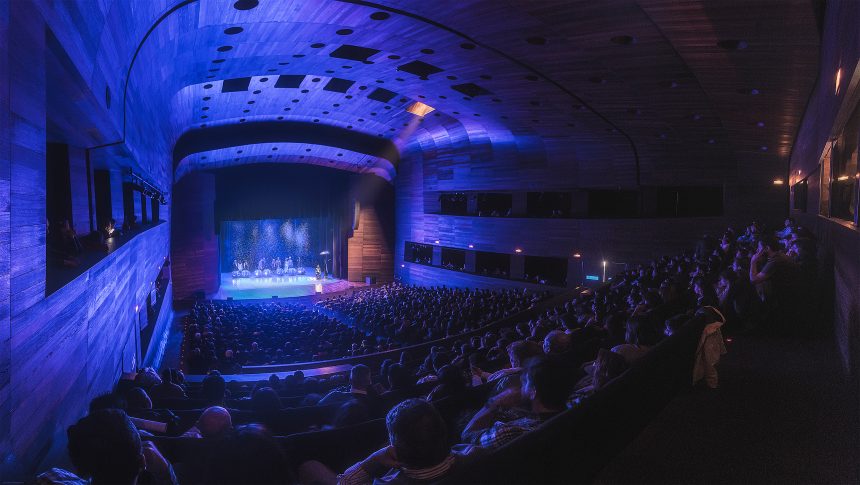 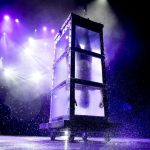 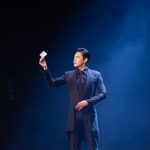 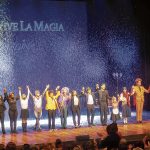